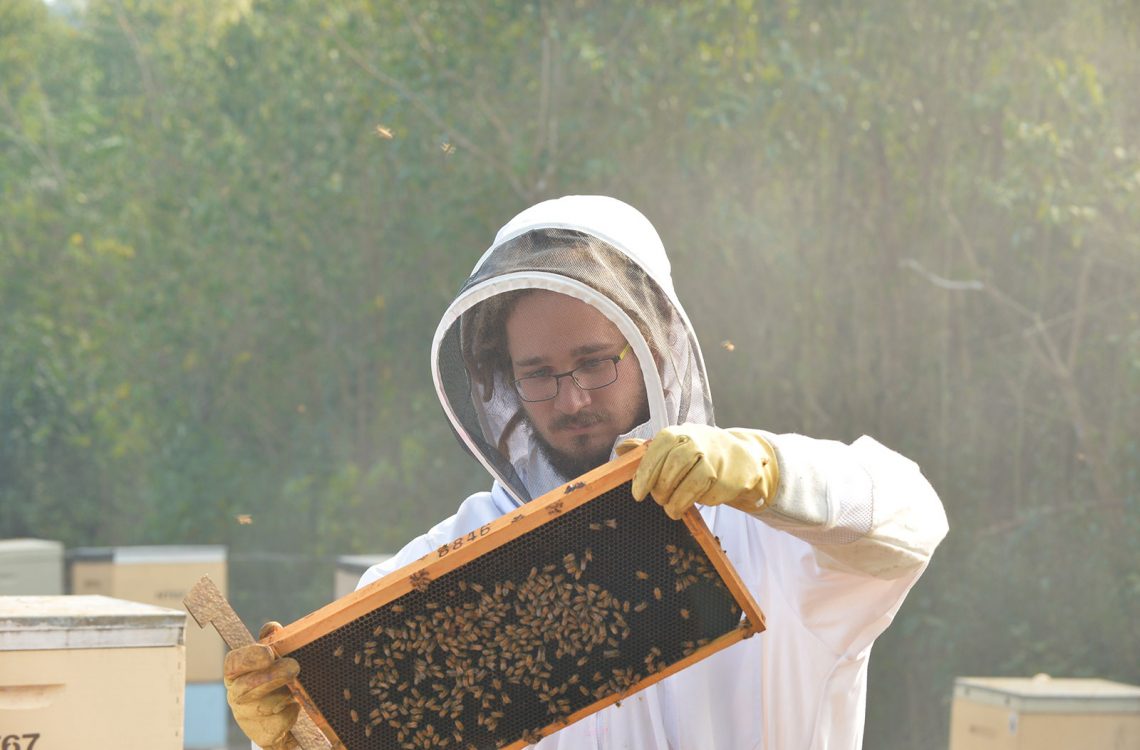 French scientist who conducted research at the Wheen Bee Foundation Research Apiary to test the effect of a herb-based pesticide on bees is now hoping to apply space-age technology to the Australian bee industry.

Thymol is a miticide used in the treatment of Varroa destructor around the world. It is a naturally occurring compound derived from oil of thyme extracted from Thymus vulgaris (common thyme).

It was thought that the use of Thymol might negatively impact hygienic behaviour, interrupting bees’ natural ability to rid the hive of diseased brood.

If Thymol were shown to interfere with the smell senses involved in identifying and removing diseased brood, then treating Varroa using Thymol might counteract beekeepers’ best efforts to select for hygienic behaviour.

Dr Colin’s team introduced Thymol to hives at the Wheen Bee Foundation Research Apiary over two months, and found the opposite was true.

“Thymol actually increased the uncapping and removal of dead brood by 24 to 36 per cent after 48 hours but had no effect on the removal of dead adult bees,” Dr Colin said.

Researchers concluded that this increased removal of brood could enhance the effect of Thymol on Varroa destructor especially if bees preferentially remove cells infected with the mite.

Parallel trials at the University of Tasmania in Hobart replicated the Wheen Bee Foundation Research Apiary results, showing that they were consistent across different climatic zones.

Having a control that is free from Varroa eliminates confounding factors attributable to the mite. It’s what makes Australian trials so important in the broader international research project.

Dr Colin came to Australia five years ago to complete his PhD at Macquarie University. He studied bee health and stress in the context of the complex interaction between miticides and pesticides on colony productivity.

Dr Colin originally became interested in bees when living across from a beekeeping school in Mulhouse, eastern France, when he was 15.

He studied biology at university and specialised in ants, which are similar to bees in that they have queens and colonies.

Dr Colin’s latest research will measure the temperature of hives. Just as healthy humans maintain their temperature at 37C, healthy beehives run at 35C. As when humans have a fever, if the hive temperature rises or falls, it is a sign that all is not well.

Dr Colin said bees have ingenious ways to maintain that ideal breeding temperature for their young. In summer they gather water and splash it around, then fan their wings to create “evaporative air conditioning” inside the hive. In winter they simply flap their wings en masse, without flying, to generate heat in the hive.

With thousands of bees in a box, colonies also need to moderate carbon dioxide and humidity levels.

Dr Colin is using sensors the size of a $2 coin to record hive temperatures to see if science can give beekeepers an early-warning system when bee colonies are under stress, allowing them to intervene and assist by adding food or perhaps more bees.

For this latest project, Dr Colin is working with Dr Andrew Barron, along with mathematicians from the University of Sydney and a theoretical biologist in France.

“We want to create a mathematical model of how bees moderate hive temperature,” Dr Colin said.

Ultimately Dr Colin’s heat sensors could transmit information from the hive via the Internet, allowing beekeepers to monitor their hives remotely and in real time.

Dr Colin said drones and satellite imagery are already used to monitor crop and provide information worldwide, and he was keen to apply similar Internet of Things and Precision Agriculture technology to bees.

“In beekeeping we have lagged behind,” he said. “I’m trying to increase the use technology in the industry.”

Dr Colin said the When Bee Foundation Research Apiary was a great asset to scientific researchers like himself.

“It’s a great facility. It’s quite dry and hot compared with Sydney, which is a good climate for research. It’s also very peaceful and convenient, surrounded by Gretchen Wheen’s pecan plantation and rose garden.”

The Wheen Bee Foundation is a not-for-profit organisation that promotes awareness of the importance of bees for food security, biodiversity and ecosystem health and raises funds for research that addresses national and global threats to bees. 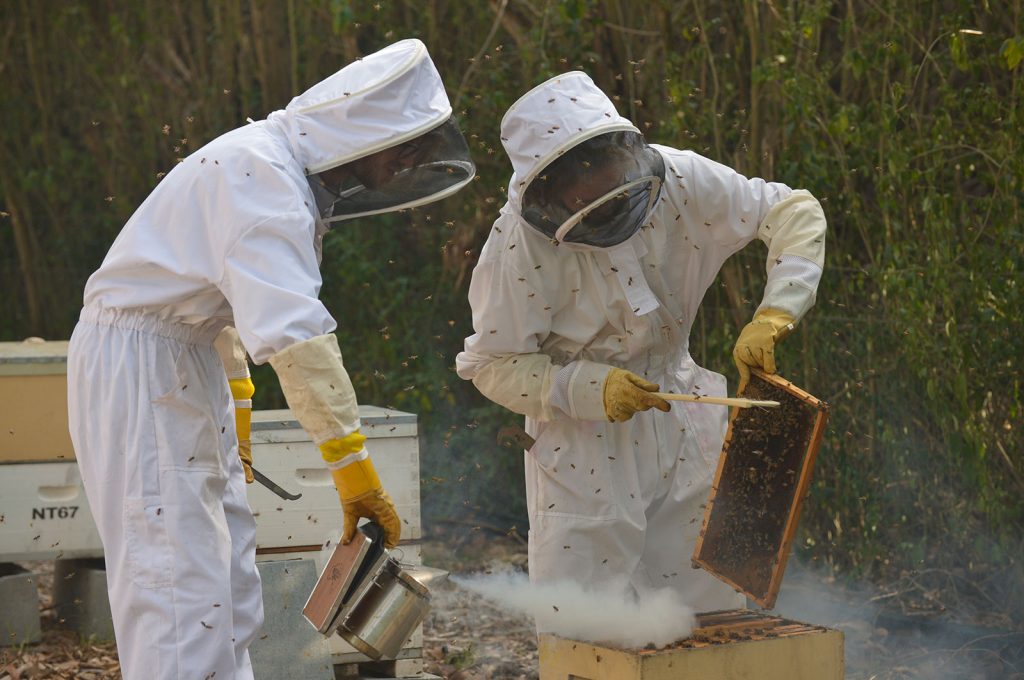